Comic 74 - Talking about the Wizard! 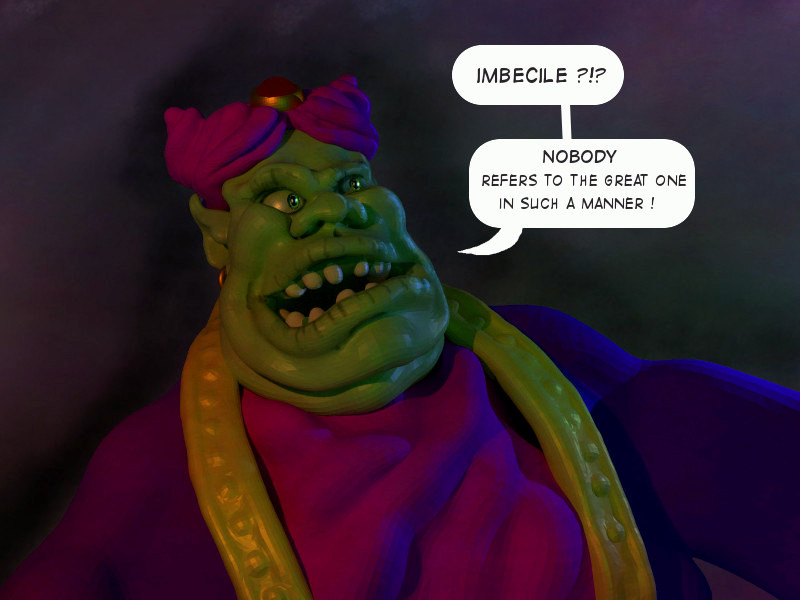 warp9
Back to more 3D stuff---even though I indicated that I'd be doing 2D for a bit more. I actually did do a bunch of 2D sketches of Oriab, but I really wanted to study the character in 3D.

The character is largely based off of one of Lovecraft's Men of Leng, which are said to have mouths that are much wider than a normal person would have. I've done some work along those lines already (with my previous pages featuring this character), but it was nice to do a bunch of extra sculpting.

On other fronts, I hope all of you have had a good weekend! And I hope you'll all have a nice rest of the week!

warp9
Thanks, I had a great deal of fun sculpting the character! :-)

dougwarner59
I think it's a good idea to do some 3D. I need to do more of it. I usually just use 3D for backgrounds.