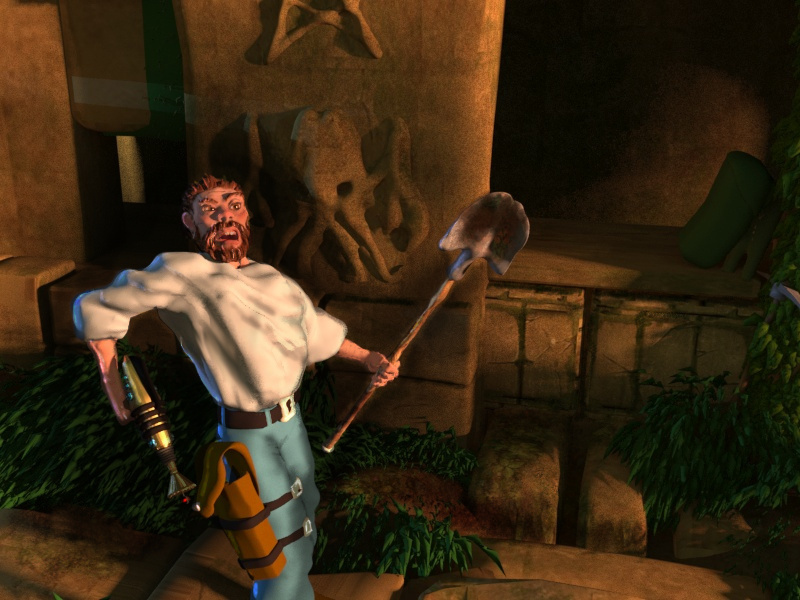 warp9
He may have forgotten to bring his can of super-wasp killing spray, but at least he remembered his kill-o-matic ray-gun.

It might have been better if the wasps had given him time to grab his rifle, but he would have had to put down the shovel. And having the shovel is nice if the wasps get in really close (at least it is something to bash them with).

On other fronts : as is obvious, I'm back from my travels. It was a good trip, and I had a good time. But it is also nice to be back.

warp9
Thanks! I'm glad that the lighting is effective.

That was the result I was going for, but one never knows for sure how other people will see things.